Social media sensations Ollie and Cameron have played a starring role in a new film for WorkFit called ‘When I Grow Up…’.

The identical twins from Dundee, feature alongside their mother Elaine as they ‘test out’ a number of different jobs. The film aims to promote a presumption of employment, where children grow up ‘expecting’ to be employed and are spoken to about what they might like to do from an early age by parents, teachers and others.

Ollie and Cameron have a huge following online after Elaine started a blog when they were just two weeks old. Their Facebook page is now followed by more than 200,000 people who enjoy watching their videos and reading about their latest updates.

We caught up with the family about making the WorkFit film.

Why did you decide to take part in the filming?

When we were approached about the project, we jumped at the chance. I have a background of working with people with disabilities and I’ve always been very aware of the lack of employment opportunities available to people with learning difficulties. If we could help be even a small part of moulding a better future for Ollie and Cam, and indeed the many others with disabilities within the UK and beyond, and fun in the process, then taking part was a win:win. 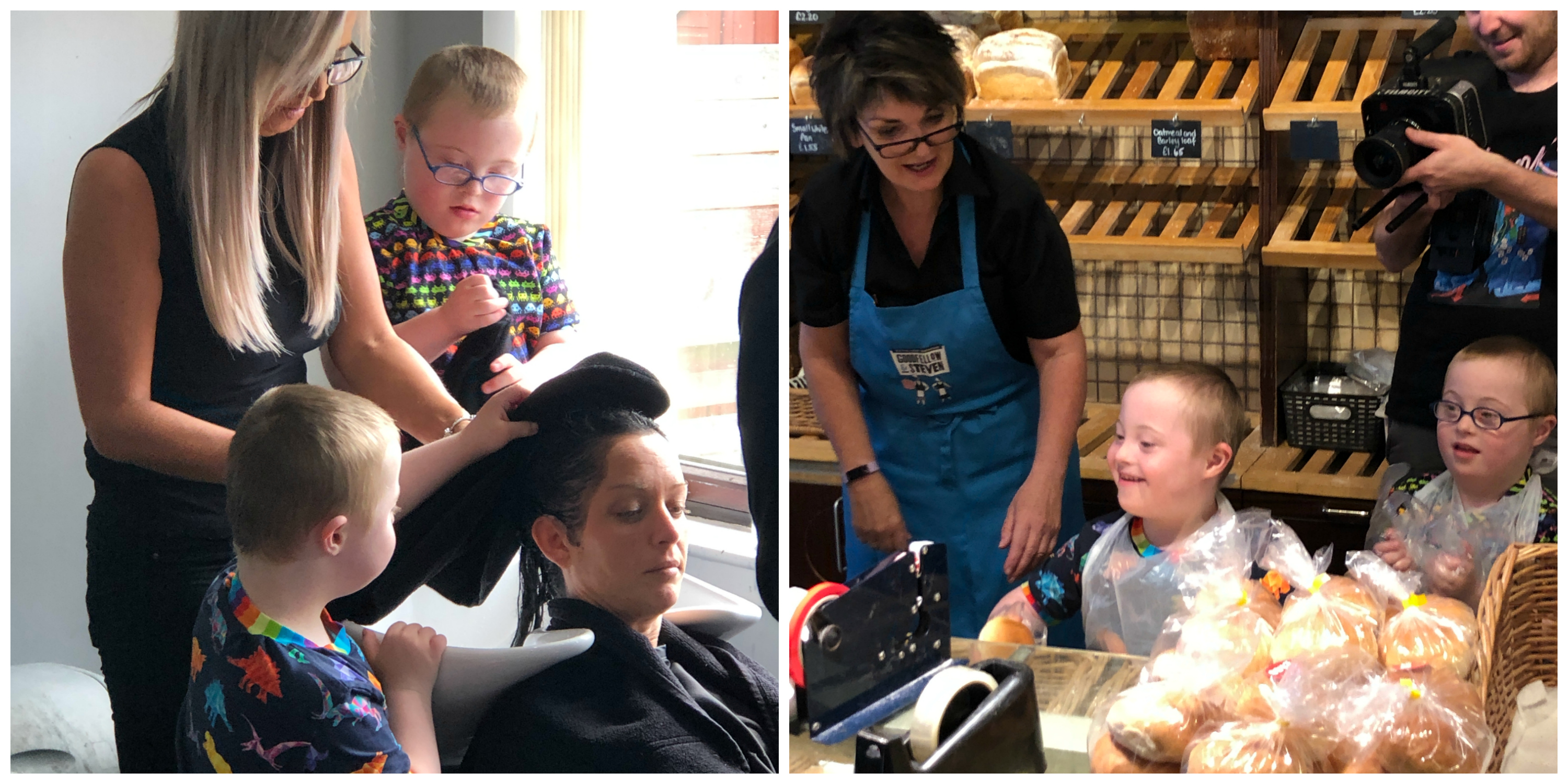 What would you say about current attitudes towards people with Down’s syndrome and learning disabilities as a whole finding employment?

I think there a lot of outdated perceptions out there about Down’s syndrome, and learning disabilities in general are they a barrier to people getting jobs. There’s an assumption by many that people with Down’s syndrome don’t have the competence or ability to work and that a voluntary role is more suitable if anything. Also, most people with learning disabilities I know who are in work are based in hospitality (an industry I worked in myself and loved), however other settings seem more closed off to employing someone with a disability. I guess it’s about creating the ethos of seeing each employee as an individual, not as a condition or disability, and evaluating how their individual needs can be met within any employment context. That takes an open mind, but I believe, slowly, more minds are opening to employing people with disabilities and tailoring training to meet needs.

What are your hopes for the boys’ future? 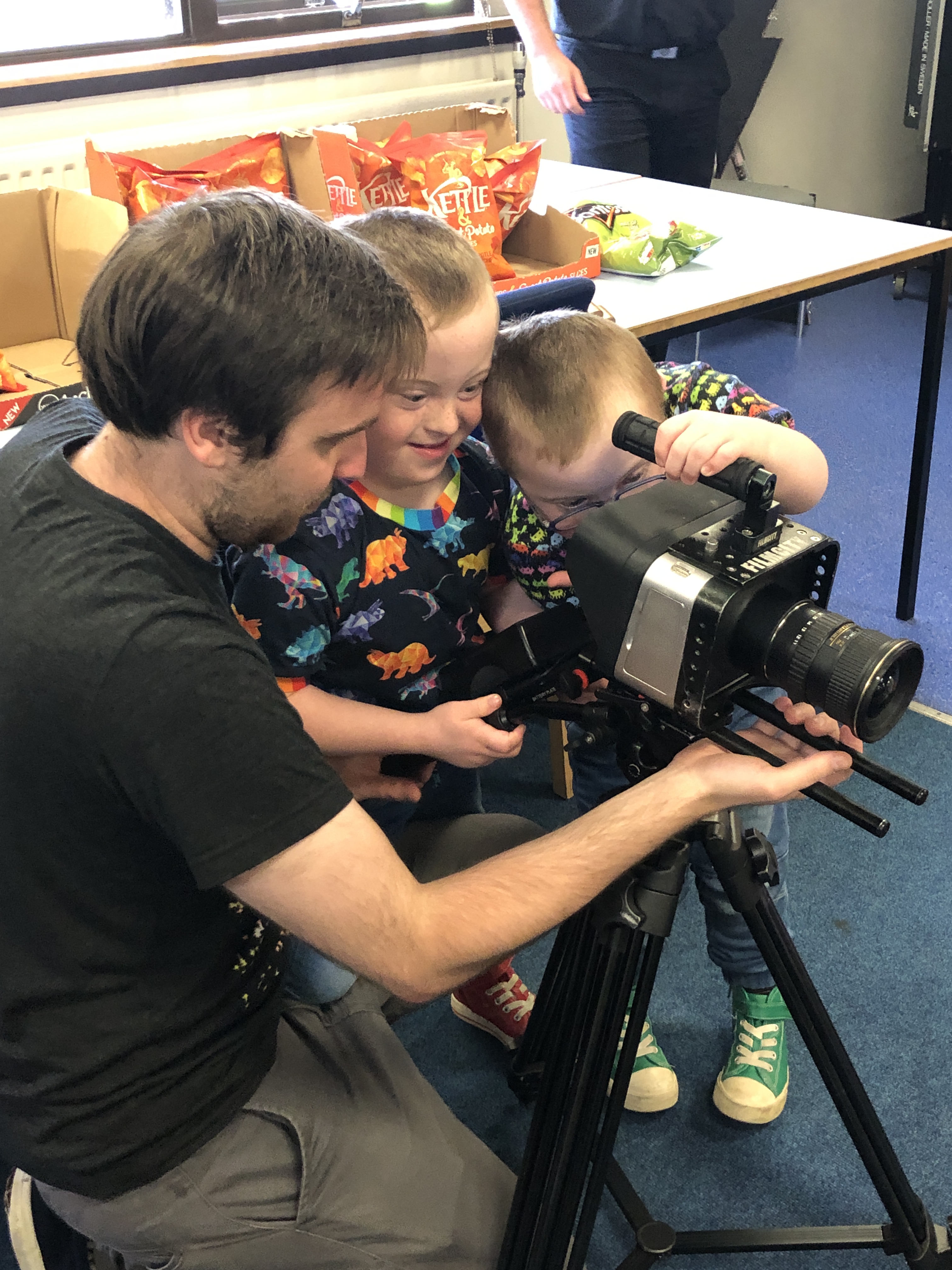 I hope that the boys grow up to be true to themselves, reach their individual potential and find happiness with whatever they do in life. The same hopes that I would have for any child.

What are your hopes for the film and its impact?

I hope that the film helps employers to think about people with Down’s syndrome as potential employees, people with hopes, dreams and ability. I also hope that it encourages parents to talk about employment opportunities with their children so that they have a presumption of seeking employment when the time comes.

Filming was so much fun. I was a little anxious beforehand that it would be hard to keep them on task but their work ethic just snapped right into place – they got stuck into whatever task they were given and gave service with a smile!

What was Ollie and Cameron’s reaction to seeing the film?

They loved seeing themselves on camera and reminiscing about their experiences, especially serving (and eating) the cakes at the bakery and using the hose at the fire station! 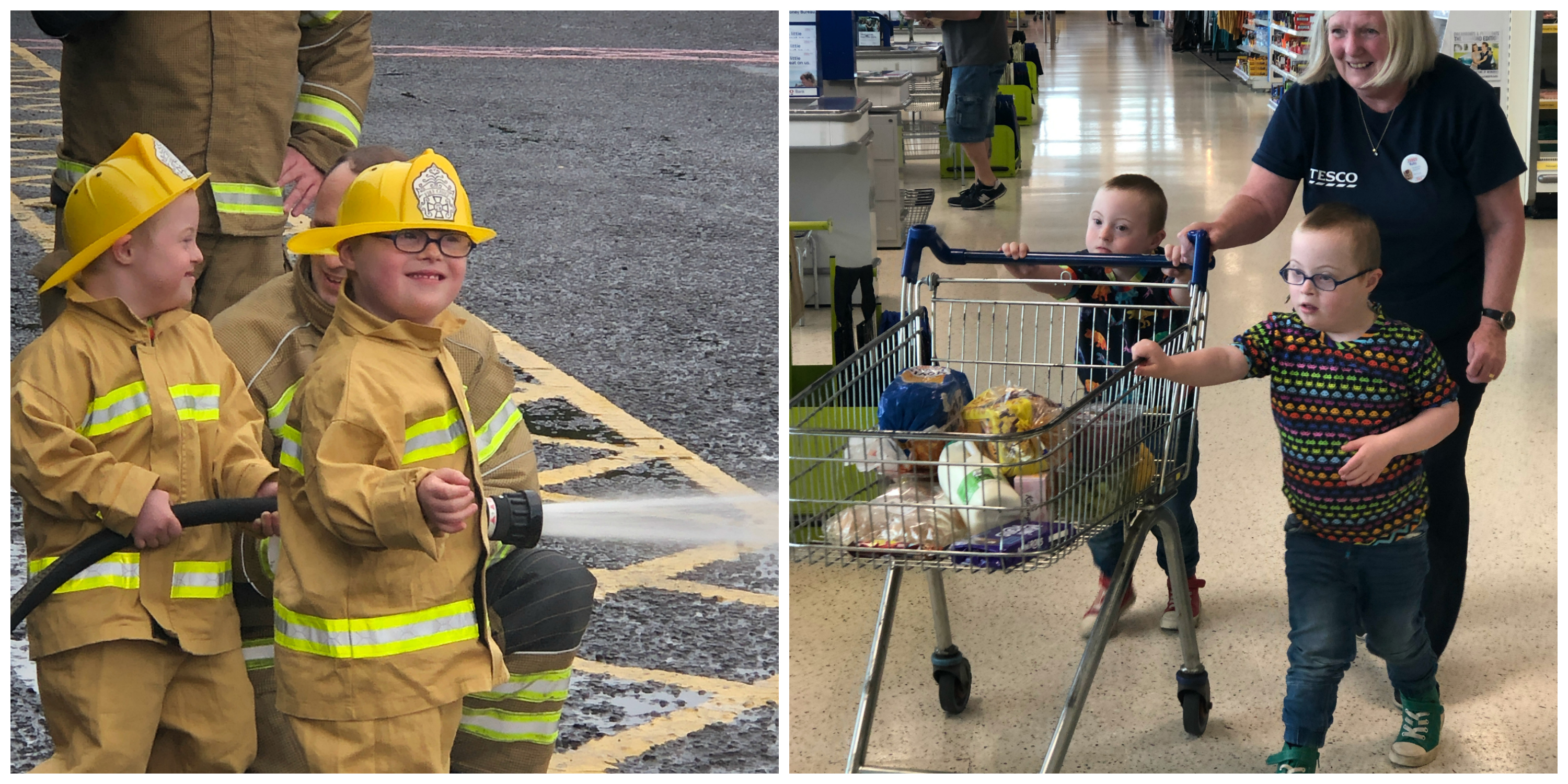 What reaction did you get when the boys were born?

When the boys were born, we realised very quickly that a lot of stereotypes about Down’s syndrome were still prominent in the present day. Whilst most people just saw two gorgeous babies, others were so very sad for us. Someone once cried in a shop, then they looked in the twin pram and said: “What a shame for you”. A midwife also said: “At least they’ll be happy and musical” – a recurring stereotype – but the comment was loaded with the implication that if they achieved nothing else in life, we should be thankful for this predicted personality and skill! From day one, their potential was seen to be limited, albeit thankfully not by those who matter to them on a daily basis. We will always be their ambassadors, albeit with the sass they have already, they’ll stand up for themselves!

After a few weeks of hearing some stereotyped views and pitying reactions to Cam and Ollie’s diagnosis after birth, we decided we wanted to spread the word that our children were children, not defined by their chromosome counts. We set up the Facebook page and it took off so quickly, I think due to identical twins with Down’s syndrome being quite rare, occurring at a rate of 1 or 2 in a million births. Through the page, we have documented their journey as they’ve grown from three weeks old to nearly seven years old now through videos, photographs and stories. We get messages regularly stating that the page has opened their eyes about Down’s syndrome in terms of rebutting stereotypes they might have held. Some people also comment that they were very aware that the boys had Down’s syndrome when they first started following but now they’ve forgotten. That’s a big thing – that the diagnosis just fades into the background and people just see them for who they are, Ollie and Cam. That’s what we hoped for.

Find out more about WorkFit here.