Daniel recently hit global fame as one of six people chosen to unveil Everton Football Club’s new 2020/21 third kit to the world. Daniel plays for Everton Disability Programme’s football team for people who have Down’s syndrome, which is a partner club to DSActive.

We found out a bit more about Daniel and his life…

Tell us about yourself and what you like doing…

My name is Daniel, I am 25. I like keeping fit, going to concerts and to the theatre, watching tv and spending time with my family and my dog. I really like skiing too when there’s lots of snow.

What was it like being the star of the new Everton kit?

It was amazing. I loved the photoshoot at Goodison Park and it was really exciting when the pictures appeared on Facebook and Twitter and in the newspaper. I was so happy to be in the window of the Everton shop alongside Dominic Calvert-Lewin. How cool is that!! Everyone was texting me, telling me I looked great!

How special was it being the first person to wear that shirt?

It was so special and I felt really proud. I love Everton and I have had a season ticket for about 15 years. I love going to the match and can’t wait for the new season to start and see the team wearing the same shirt as me.

How long have you been playing for the Everton team and what was it like playing at the National Down Syndrome Football Tournament?

I have been playing with Everton in the Community (EITC) for six years. We played in the National Down Syndrome Football Tournament organised by DSActive for the first time in 2015 and finished runners up. I was really proud to be in the team and we did so well in our first tournament. I hope that we can compete again in the National Down Syndrome Football Tournament and win by beating Charlton.  I’ve made friends, enjoyed being part of a team and got better at football.

What position do you play?

I play up-front as I am good at scoring goals and taking penalties.

Is Everton your favourite football team?

Of course! They have the best fans and are the best club.

Do you have any other hobbies?

I love swimming, running and going to the gym. I am part of the Down Syndrome GB Swimming squad and competed at the Down Syndrome European Championships in Sardinia in 2019, winning a bronze medal in the men’s 4x50m freestyle relay.

I have just finished college and am starting at a day service this September. I also have a job one day a week at a training and conference centre, which is great. I like to work in the kitchen and serve tea and coffee to the people in the conference rooms.

What are your hopes and dreams for the future? 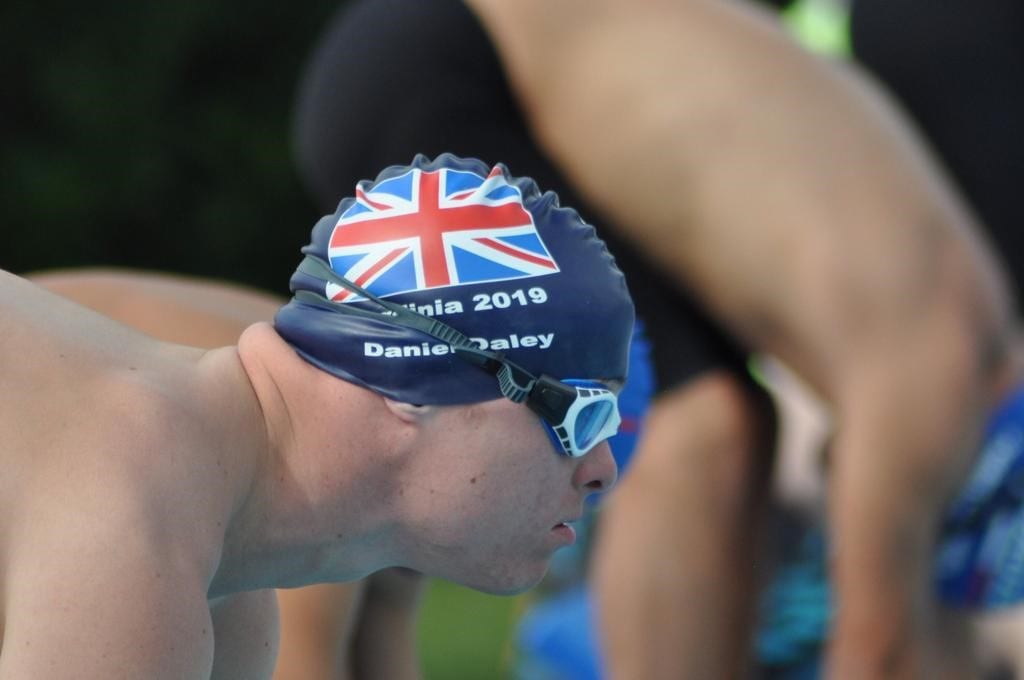 Find out more about Everton in the Community here

Find out about DSActive football clubs across the country here: