At the end of November, our DSActive team visited Middlesbrough to run our coach education workshop and to watch the Borobility Down’s syndrome football session. 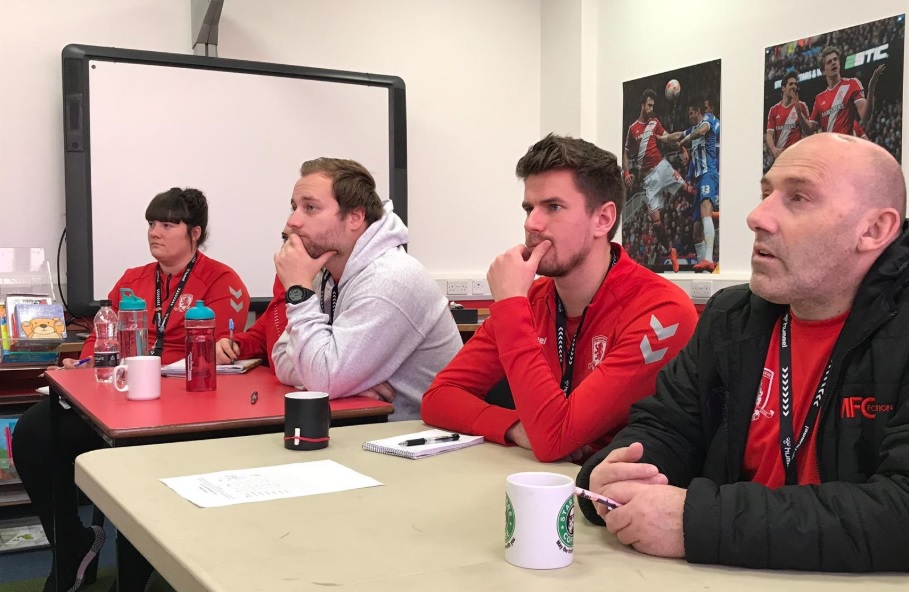 One of the main aims of DSActive is to provide education to coaches around the country in many different sports or activities, increasing knowledge about Down’s syndrome as a condition and giving tips on how they can tweak their sessions to make them as effective as possible.

The coaches at Middlesbrough engaged with the workshop and offered great insights into how they make their sessions inclusive. Coaches had a go at myth-busting and shared advice from their combined experience on how best to modify sessions.

After the workshop, it was time to put everything into practice and take the session. It started off with free skills, with an array of proficiency being shown by the players in both football and basketball. 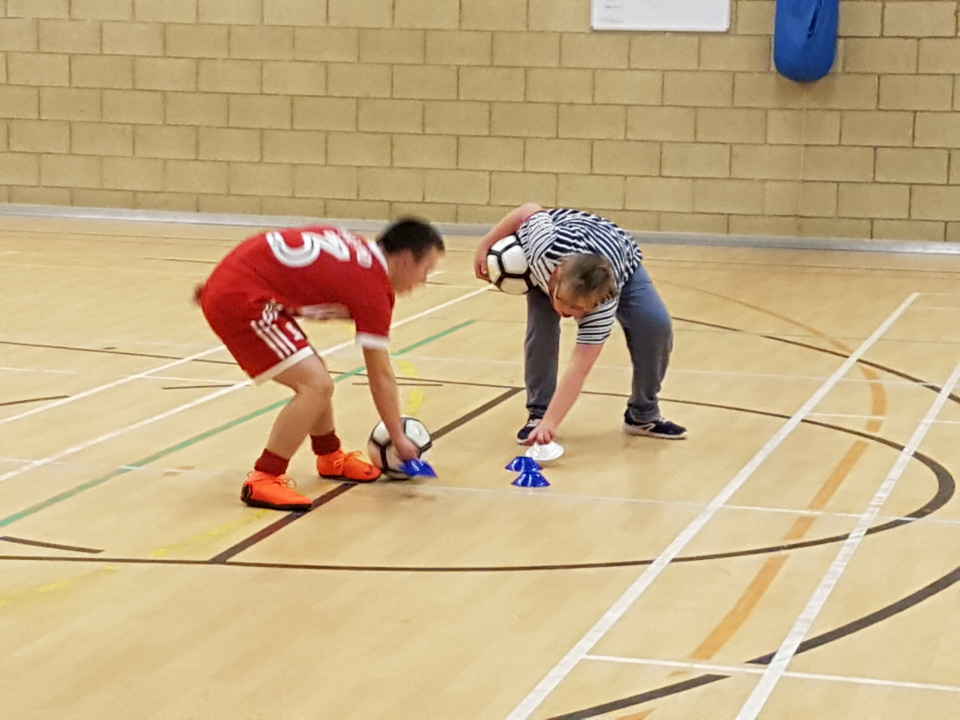 Once everyone was warmed up and had gotten used to the feel of the ball, it was time to focus on movement and avoidance. After a quick game of bulldog to showcase the required skills, two lines were set up and players had to dart around defenders to get to a cone the other side and claim it. This was only half the battle however, as they then had to get back to safety past an ever increasing amount of defenders.

This practising of changing pace and direction helped mimic movements that are made frequently in a match, as well as developing the ability to find a space and exploit it. 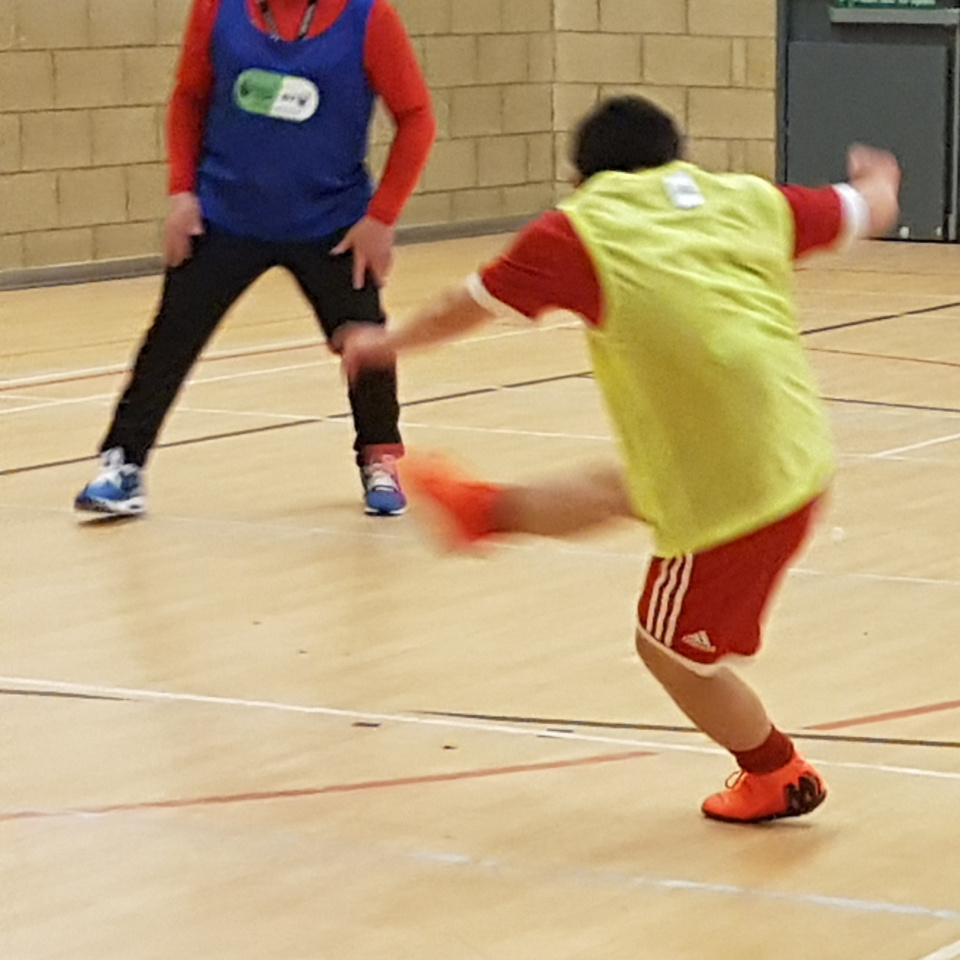 After a few rounds and modifications it was time to put this into practice with a match. Goals were traded through great passages of play, with players using the space identification skills they had been working on to try and provide good options for their team mates.

With the scores delicately poised, it took a last second slaloming run and expert finish to tip the match in the yellows favour, with not enough time to even restart after the celebrations had died down.

Overall a great time was had by all, with a lot of talk about the final goal and how it would be prevented next week.

Thanks to Middlesbrough for attending the workshop and putting on the session. For more information about the session check out https://www.dsactive.org.uk/football-session/middlesbrough/