On a beautiful winter’s morning, one of the DSActive Sports Officers went up to Cambridge and St Albans to see two brilliantly run sessions and meet the people behind their success. 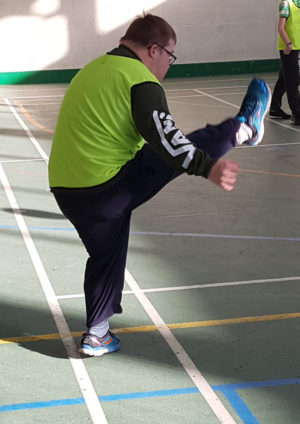 Cambridge United run a multitude of disability sessions over the weekend, with the Down’s syndrome session going from strength to strength.

The session started off by splitting the almost 20 athletes into two groups, one for the younger players and one for the older ones.

The younger players practiced their movement and evasion skills by using tag tails, getting them used to the ideas of finding space, tackling and recovering after being dispossessed. They had a fantastic time, with their shrieks of joy brightening the morning of both the parents and the coaches. They then moved onto shooting, practicing their finishing into mini goals, with some taking a turn in goal. 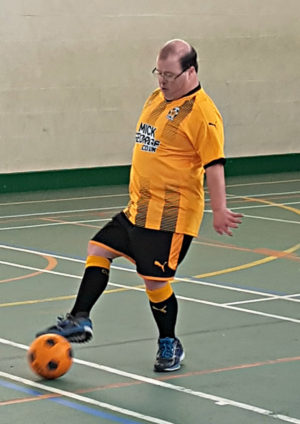 The older group focused on a match, to show off how their skills have been developing and to focus on their movement both with and without a ball. They showed fantastic composure, performing some drag backs and quick turns as well as picking out teammates by passing into space.  Their ability to shoot on target from distance also troubled the coaches and volunteers unfortunate enough to find themselves in goal, with some excellent distance shots that were very hard to save.

After the Cambridge session, it was time to visit the picturesque setting of Batchwood Golf and Tennis Centre to attend the St Albans tennis session. 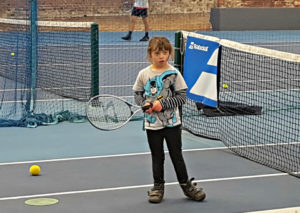 Run with a strong family focus, the players began with a fun warm up, using props such as cones, spots and cones to promote vital movements without focusing on a racket and ball.

With everyone warmed up, it was time to introduce rackets and after a few games, the children were given expert help on their forehand shots, being shown how to stand in a perfect ready position and return a ball with accuracy across the court. 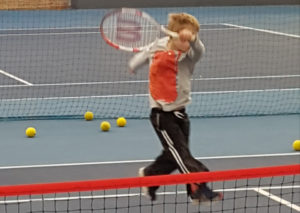 After repeating the exercise with the introduction of backhand shots, it was time for the highlight of the session, the chance for families to play a few matches against each other. With loyalties forgotten, players moved from a few rallies to match play, sometimes alongside their family and sometimes against them. High levels of skill were matched only by high levels of celebration and the session came to an enjoyable end.

Thanks to both sessions for letting us visit and keep up the great work!