Anya is 58 and she lives in London with Paul, her partner of 35 years. Anya has been a Trustee of the Down’s Syndrome Association (DSA) for more than 25 years and feels passionately about fighting for the rights of people who have Down’s syndrome and keeping them up to date with issues that impact their lives. She credits her mother, who fought for her rights as a person with Down’s syndrome, for inspiring her to become a Trustee.

Listen to Anya talk about her life

Anya was born in Hampstead in London, one of three girls. She grew up in the family home with her sisters together as a close and supportive family. Her sisters have continued supporting Anya after their beloved mother died in 1990.

Anya’s mother was a Jewish refugee from Prague arriving in the UK in 1939. She fought hard to get Anya out of an ESN school (Educationally Sub-Normal as they were termed) and into mainstream education; an absolute rarity at the time that involved a case against the Education Authority at the High Court. Consequently, Anya was the first person with Down’s syndrome to attend mainstream school in London. She attended both local primary and secondary schools, and left aged 18 with three CSEs. Anya still remains friends with some of those she met at school. In addition, she especially enjoyed attending drama groups, such as Anna Scher’s during her teenage and younger years.

After school, Anya attended a Further Education college where, amongst other things, she learnt clerical work and catering. She has had a variety of paid employment over the years, starting with the Down’s  Syndrome Association (known as the Down’s Children’s Association at the time) in her early twenties as an Information Officer. Her role included dealing with brochures and booklets, posting things, telephone answering and filing. After many successful years, Anya left the DSA and went on to hold paid positions for other organisations, including the Camden Society For Mentally Handicapped Children (now the Camden Society) as a receptionist and People First, a self-advocacy charity for people with learning difficulties, where she was employed as a Development Officer.

When Anya was 21, she met the love of her life Paul, while attending a conference. She says their eyes met across the room, and the pair has largely been inseparable ever since and still share a flat in London.

At almost 60, Anya has no intention of slowing down and keeps herself busy cooking and cleaning, making stained glass pieces and attending trustee meetings. She truly is a remarkable woman with an infectious personality and zest for life. 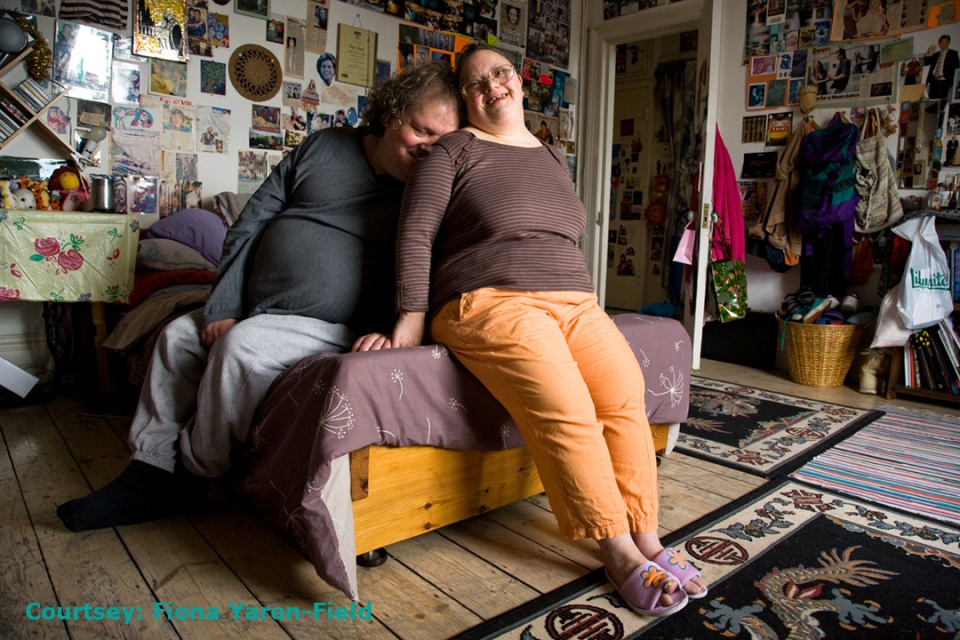 This Oral History was funded by The National Lottery Heritage Fund as part of our Memories & Stories project.

From baking a cake to running a marathon, we have events for everyone to take part in!

Find information, essential links, our resources and all the latest news on Coronavirus.

For Families and Carers

You will find a lot of information on these pages. If you need further advice, please don’t hesitate to contact us on 0333 1212 300 or email us on info@downs-syndrome.org.uk

Four Sisters With Down Syndrome

All the latest DSA related news