Congratulations to our 2019 My Perspective winners!

This year’s competition was a little bit different.

The People’s Choice winner, chosen by a public vote was Carlos Biggemann, from New Zealand with his stunning picture ‘Autumn Leaves in Arrowtown’

Carlos, who flew over especially for the awards ceremony in London, said: “I’m so surprised. All I ever wanted was to be here and to win is just so amazing.

We travelled about four hours to get this photograph. It makes me feel how colourful life can be, by showing the vibrant colour green, because green represents Happiness, Tranquillity and Peacefulness. How the contrast and the mixture of beautiful colours can represent the season of Autumn. It also makes me want to take more beautiful pictures so I can send more positivity through photos.”

The winner of the Judge’s Choice award, which is chosen by a group of professional photographer, supporters and people with Down’s syndrome was Oliver Hellowell, from Somerset. He took his exquisite shot ‘Blue-tit in the Snow’ for his mum, who loves the birds.

Oliver is no stranger to the limelight. The 22-year-old has found worldwide acclaim as a nature photographer, has had his own book published, and has appeared on BBC Countryfile and The One Show talking about his love of capturing the great outdoors, and wildlife in particular. He’s also no stranger to winning My Perspective, picking up first prize in 2017.

Each year, a special award is presented to a photographer who doesn’t live in the UK. This year, Amir Hossein Bagheri from Iran picked up The Stephen Thomas Award for this beautiful image.

The shortlisted photographers were invited to a awards event in the beautiful Normansfield Theatre at the Langdon Down Centre, home of the DSA. It was hosted by patron Peter Davison alongside Carol Boys, Chief Executive of the DSA.

Emily Buck, who won the competition in 2018, joined the party and gave an inspiring speech about her studies and plans for the future. 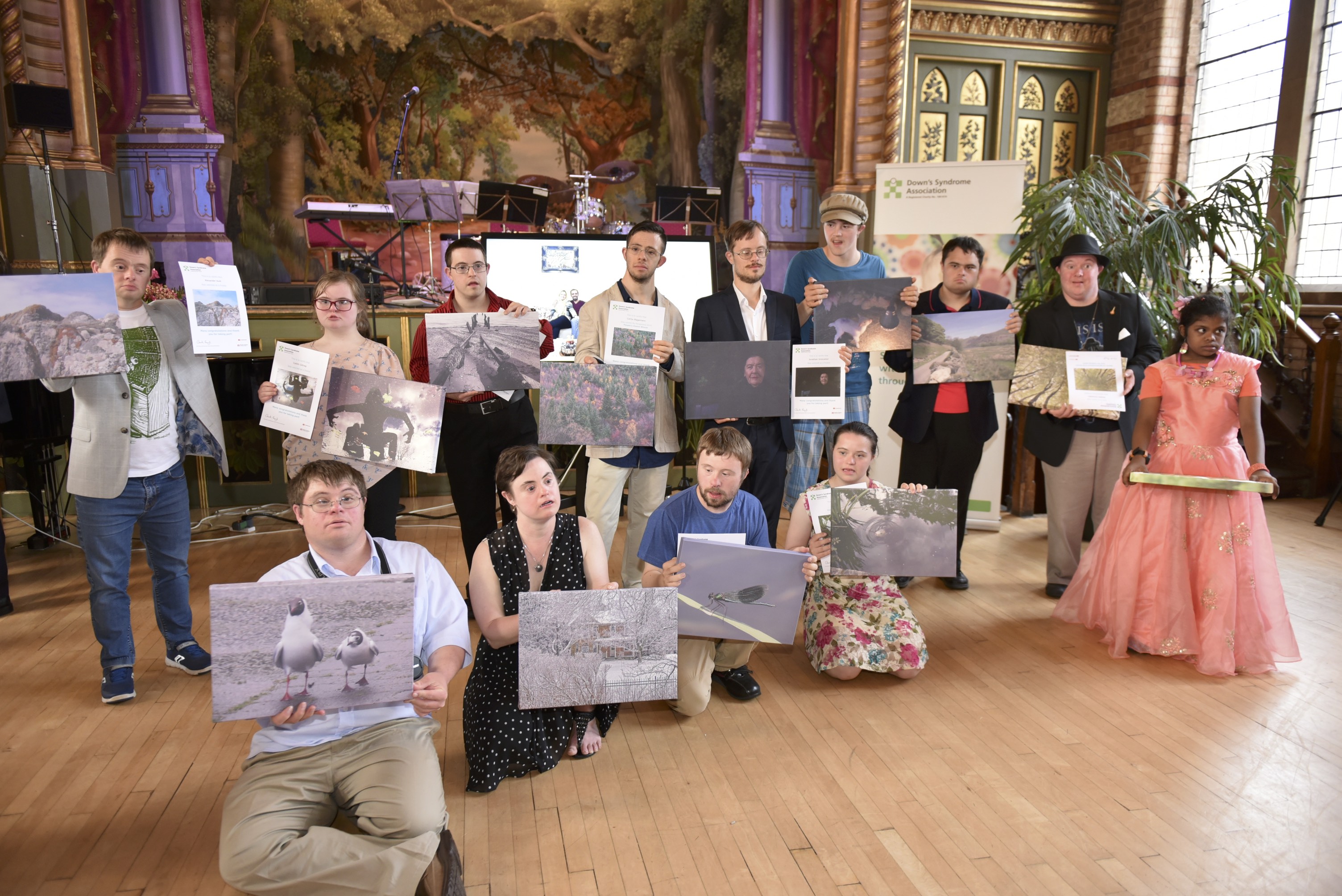 The runners up in the competition are:

We’d like to say a big thank you to everyone who entered this year, to our wonderful judges and to our sponsors, Mastercard and Voucher Express.

Here are all this year’s shortlisted photographs….many congratulations to everyone who made the shortlist!

From baking a cake to running a marathon, we have events for everyone to take part in!

Find information, essential links, our resources and all the latest news on Coronavirus.

For Families and Carers

You will find a lot of information on these pages. If you need further advice, please don’t hesitate to contact us on 0333 1212 300 or email us on info@downs-syndrome.org.uk

How many can you do in 2️⃣1️⃣ seconds? ... See MoreSee Less

Here is today's #DSEngage video - do the 'speed bump' challenge with Emma ⬇ How many can you do in 2️⃣1️⃣ second… t.co/J2WPw1MxU6

All the latest DSA related news